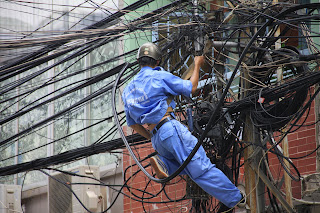 I really hate to gloss over the scuba diving in Nha Trang, the sand dunes of Mue Ne, and the electric chaos of Ho Chi Minh City (Saigon), but such is the way of blogging. I had an illness, anyway, in HCMC, which closely resembled a cold but that I’m sure was the result of bad quail eggs found in a few street-vendor steamed buns. Also, spending half a night sleeping on a wooden bench while waiting for the bus did not help my situation. At the end of this series of events I found myself crouch running the length of an American football field through the Cu Chi Tunnels with a stuffed up nose. My quadriceps still have not totally forgiven me for this sin. On the upside, I did manage to divert two separate but very organized attempts to rob me. After a bit of research, I have discovered these attempts were made by members of the Filipino Mafia. So that’s exciting. 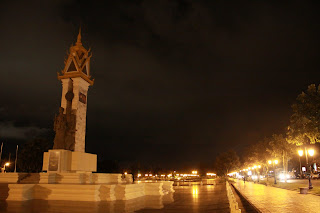 I have since crossed my third land border into my fourth country: Cambodia. I spent a few nights in Phnom Penh, the capital, in a cheap room which undoubtedly used to be a kitchen. Tile climbed halfway up the walls and there was a mysterious door with a massive, spider-webbed pad-lock. It seems less people use chopsticks here and more people drive cars, all of which are Toyota Camrys. The addition of four-wheeled vehicles (and a plethora of tuk-tuks) makes crossing the streets that much more frightening. The weirdest thing I’ve seen thus far, though, has been group choreographed dancing in a nearby park. That sounds almost elegant until you see forty Cambodians fist pumping and hip-rolling to a remix of T-Pain’s, “Take Your Shirt Off.” At first I thought, “I’ll never, ever see that again.” Then a block up I saw a different group grooving to Pitbull’s, “Room Service.” The most absurd part was seeing all the families sitting around listening to the (very, very) explicit lyrics in English. 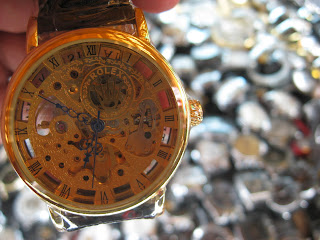 Cambodia is on two different currencies simultaneously. The first is the Cambodian Riel. The second is the United States Dollar. This creates what I refer to as “The Dollar Phenomenon,” which makes bartering slightly more difficult. It’s mostly psychological; when I want a moto driver to take me across town and he demands $2, I feel a bit strange countering with “fifty cents.” So I’ve started switching all bartering to riel. At about 4,000 riel to the dollar, 1,000 riel notes are essentially quarters, as no coins in either currency are minted in Cambodia. If I want something for 75 cents, offering 3,000 riel keeps me thinking in the local currency. With a budget of $15 per day, the dollars add up quick. It’s important to avoid the “everything is so cheap” mentality to stay on budget. Especially when a nice looking (counterfeit) Rolex costs only $15. It’s too bad they are reported to have a 100% failure rate. 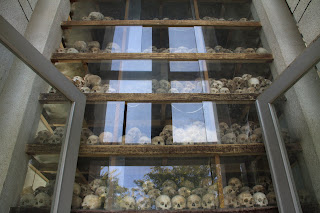 In case anyone is wondering, I did not burn the Koran this September 11th. Instead of celebrating my freedom with displays of thoughtlessness, I chose to visit the Killing Fields of Choeung Ek. This is a quiet, peaceful site where 17,000 innocent Cambodians were violently bludgeoned to death under the Khmer Rouge (the ruling party in Cambodia between 1975 and 1979). Use the wiki-link to give yourself a history lesson. Before I went, I was told by two Argentinians that it was a waste of time, that there “was nothing to see there.” After my visit, I can’t help but wonder if they walked through with closed eyes. The detainees were often executed with pickaxes or bamboo rods or garden hoes in an effort to save bullets, then dumped into mass graves. To prevent revenge attempts later in life, babies where held by the legs and smashed into a tree. I don’t know if I would have believed it otherwise, but I saw the tree. I saw the mass graves. I saw the victim’s partially disintegrated clothing pushing up through the dry earth. And their bones. And their teeth. And in the towering commemorative stupa, I gazed into the empty sockets of 8,000 skulls, and listened to the whispers of the dead. Many of those people, perhaps most of them, would still be alive today.

2 replies on “To Hold the Bones of the Dead”

I am glad you continue to walk with eyes wide open grasshopper.

My memory of Cambodia was during the Vietnam War in pre Khmer Rouge's rule. President Nixon ordered secret bombings of Cambodia thinking they were sending troops and supplies into South Vietnam. Over 100,000 lost their lives. When exposed, the already heavy opposition to the War became more vocal on college campuses leading to The National Guard opening fire on Kent State protesters killing four. So goes the song by Crosby, Stills, Nash and Young "Four Dead in Ohio." Fighting for Peace not working still today.. …with your every step, well maybe not those tunnels. Dad