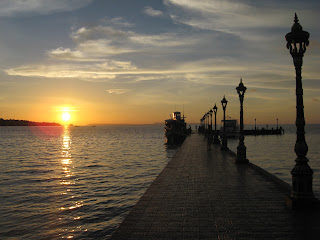 I move a lot. Since landing in Bangkok all those months ago, I have spent my nights in over 50 different places, including buses, trains, boats, and even a cargo ship. Due to its small size, spending a month in Cambodia has given me a sort of reprieve. This isn’t to say that Cambodia doesn’t offer many destinations, I just don’t really need another French-inspired river town at the moment. I’m good on jungles and I’ve got more islands in my near future. So I spent a solid ten days recharging my batteries in Sihanoukville, often by having food delivered to me poolside and enjoying a $10 per day lifestyle. Now I am loitering in Siem Reap, probably until my visa expires, and spending even less. Here I have discovered a new and unique type of lifestyle: routine. Back home, I always did my best to avoid routine – it’s bland, conventional, and boring. It’s the rut we’re all stuck in. But I have discovered a valuable exception to this rule. 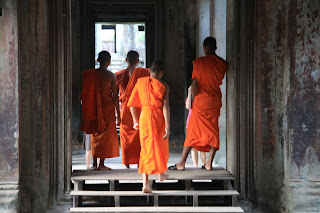 A routine is only unfulfilling when someone else is writing the schedule. Whether it’s the boss of an unpleasant workplace or a bitter professor or whoever, he or she probably doesn’t have your best interests in mind, yet probably does have a large portion of control over your life. This, to put it bluntly, is not awesome. It results in a massive loss of forward momentum. I am creating my own routine here in Siem Reap – I’m able to absorb the energy of the city and increase my creative output. I can watch every sunrise, sunset, and thunderstorm. I can sit in a cafe and write for two hours every morning. I am in a position to meet new and interesting people every single day. I don’t want to preach, but I do want to put out a reminder that it is vastly important to avoid becoming stagnant; even if your body is not moving, your mind should be. Whether it’s traveling Southeast Asia, learning to make homemade pizza, practicing Tai Chi, or reading a novel – the only wrong thing to do is nothing. 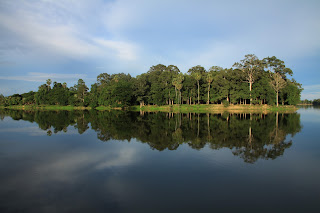 Despite “taking a vacation from traveling,” I did rent a bicycle and visit Angkor Wat and it’s surrounding temples. Angkor is often referred to as the jewel of Cambodia, and many people visit the country specifically for these temples. The beer here is even called Angkor. With that said, visiting Angkor Wat was, for me, sort of like being given a massive amount of tiramisu after eating brownies for four months. It was good. Really good. But it was still a chocolate dessert. And I wanted fresh sushi. Consider this: a grain of sand can be as interesting as an entire sea, it simply depends on the lens through which you view it. Just because you look at more doesn’t necessarily mean you see more. The same applies to the speed at which you move through the world. It is difficult, yet entirely necessary, to give oneself permission to stop and smell the street food – though the scent of garlic and chillies lends nothing to the “productivity” one feels, it is still an investment in one’s self, in one’s life experience. 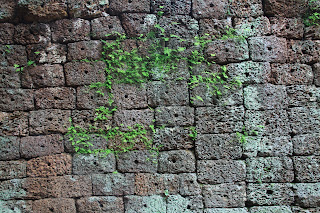 So, for now, I am focusing on the sand grains, the golden details that get lost in the thick brush strokes of movement. Observe, for a moment, the yellow dragonfly which manages to maintain its curious and reckless flight, even in the clean, hard, thunder-less rain. How can it fly while drops as large, for it, as grapefruits fill the air? Notice the clothing, always steaming on the lines and balcony railings and baking in the rafters – the sloughed skins of t-shirts patiently waiting to collect more salt from our backs. Taste the  mango shake, served with more than a hint of sweet milk; the condensation is so thick and quick on the glass that for a moment you think you will need two hands just to hold it all. And this, these golden details, is all we have: our minds, our bodies, and the present. Nothing else is guaranteed.

Last thing consumed: A large baguette with an omelet, tomatoes, cucumbers, onions, and hot tea
Thought fragment: Riding a bicycle out of the silent, inky blackness of the of the sleeping city to visit Angkor at sunrise was probably just as rewarding at Angkor itself.

Nothing remains the same for two consecutive moments. Heraclitus said we can never bathe twice in the same river. You are obviously learning to live mindfully, completely and with joy. You are firmly rooted as you walk grasshopper.