I’ve had a hell of a time getting to Bangkok. My route was supposed to be Louisville-Chicago-Tokyo-Bangkok and my total travel time was supposed to take about 24 hours. For those curious, the flight was purchased from CheapoAir.com for $1160 (pretty cheap to get to the other side of the planet) and, of course, was non-refundable and non-changable. After a delayed flight out of Louisville (SDF) caused a missed connection in Chicago by approximately 73 seconds – I was told I would be stuck in Chicago for the night at my own expense (weather-related delay). The next flight out was the following day at the same time, 24 hours later exactly.

So, I needed a few things. First, a place to sleep for the night. Second, food to sustain me. Third, something to occupy my time to maintain sanity. Keep in mind that I am now in backpacker budget mode, a terrible mode to be in while still inside the United States. But all was not lost, I managed to stay fed, sleep in a hotel, and contact home for under $20. First, I made a friend with a phone, a girl in the complaints line missed the same connection as me for the same reason. I then found us a free way to get wifi, the complimentary Westin shuttle; the McDonald’s near the Westin offers free wifi (and a dollar menu to boot).

From McDonald’s I checked sleepinginairports.com to discover that the O’Hare airport actually has a chapel in which people have successfully slept in the past. This was my backup plan, but I didn’t want to sleep on a floor the night before boarding 18 hours of international flights. I found a hotel that offered free wifi, shuttle service, and hot breakfast for $70 (the Quality Inn) and booked it using a $50 BRG coupon dropping the price to $20 + $9 tax (read more about how to get these at http://bestrateguarantee.blogspot.com/). My new airport friend also needed a hotel so we split the cost and that made my night in Chicago a mere $14!

My flight the following day was then delayed by five hours due to mechanical problems. At least this time they gave everyone meal vouchers, so I couped up in Chile’s for a couple hours with some more airport friends. To all people who shared my pain dealing with United, I give a special shout out to Vanessia, Melvin O., Katie of Indonesia, and Jessica of seat 57K. 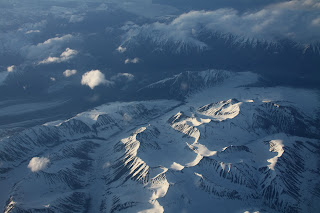 My flight to Tokyo was successful and I did manage to take some cool photos of some mountain range near Alaska. In Tokyo I was greeted with vertical scrolling marquees of Kanji and very high-tech toilets complete with bum-washer and deodorizer buttons. I also had to go through security again where they took my scissors. My Tokyo-Bangkok flight was brilliant because I somehow got an exit row for free and nobody was sitting next to me. Once arriving I made it through immigration with little delay and customs consisted of a nice Thai man waving me onward with no baggage checks. I found an ATM and pulled out 10,000 baht (about $308) to get me started (ATMs will give you the best exchange rate, take out large sums to avoid acruing lots of international charges). I also found a vendor to break down a few of my 1,000 baht notes so that I could pay for my taxi with exact change. 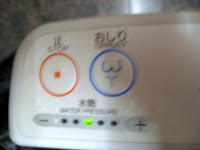 The taxi from the airport was metered so no haggling was reqired, and the roads were clear as it was 4 AM. The 40 minute ride cost me 450 baht ($13.87) and left me on the corner of a dirty street where the driver pointed and said “walk rest of way.” I confirmed that the road I was on was actually Khao San Road before letting the guy leave. After a bit of walking and an offer of prositution, I found an English speaking hotel worker with a map. Thus, I made it to my hostel where they actually had held a bed for me! I’m currently staying at NapPark Hostel. I fell asleep at about 5 am, woke up to sun shining in after what I though was a long night’s sleep only to discover it was only 2 hours later. This time change stuff is weird.Now it’s going on 10 AM and I’m going to go grab a shower and some breakfast and head out to explore the area by day.

I need to buy a power adapter, scissors, a knife or multi-tool (mine tiny multi-tool was taken at Louisville airport security), and a razor or beard-trimmer. Finding these things and remaining awake until a “normal” bedtime are my goals of the day.

Did you enjoy reading this post? Subscribe to Wanderlust- A Story of Movement and Adventure via email or with your favorite feed reader by using the menu at the top right of this screen.
What do you think of my latest undertakings? Leave your questions and comments below!

Nice you had a comfortable seat from Tokyo to Bangkok. I suspect Bangkok isn't a high vacation spot these days! Great picture the mountain range! Safe travels.

Be safe – looking forward to reading all of your updates! We will all be living vicariously through you!

Bravo my friend! I can't wait to hear more

Maan, this a great start
can't wait to hear the rest of the trip

Dude, that brings back memories of 36 hour+ travel time from the last time I went to China (while still a little food poisoned non the less). What was your total travel time?
Also, your thriftiness never ceases to amaze me ($14? WTF!)
Two thumbs up on the Alaska photo!
I can't wait to see/hear more!

Thanks for reading everyone!

so an offer for prostitution this early in the trip?!? already off to a good start i see. *hugs* and stay safe.

Andy and I look forward to seeing your post all day long! You are such a good story teller!